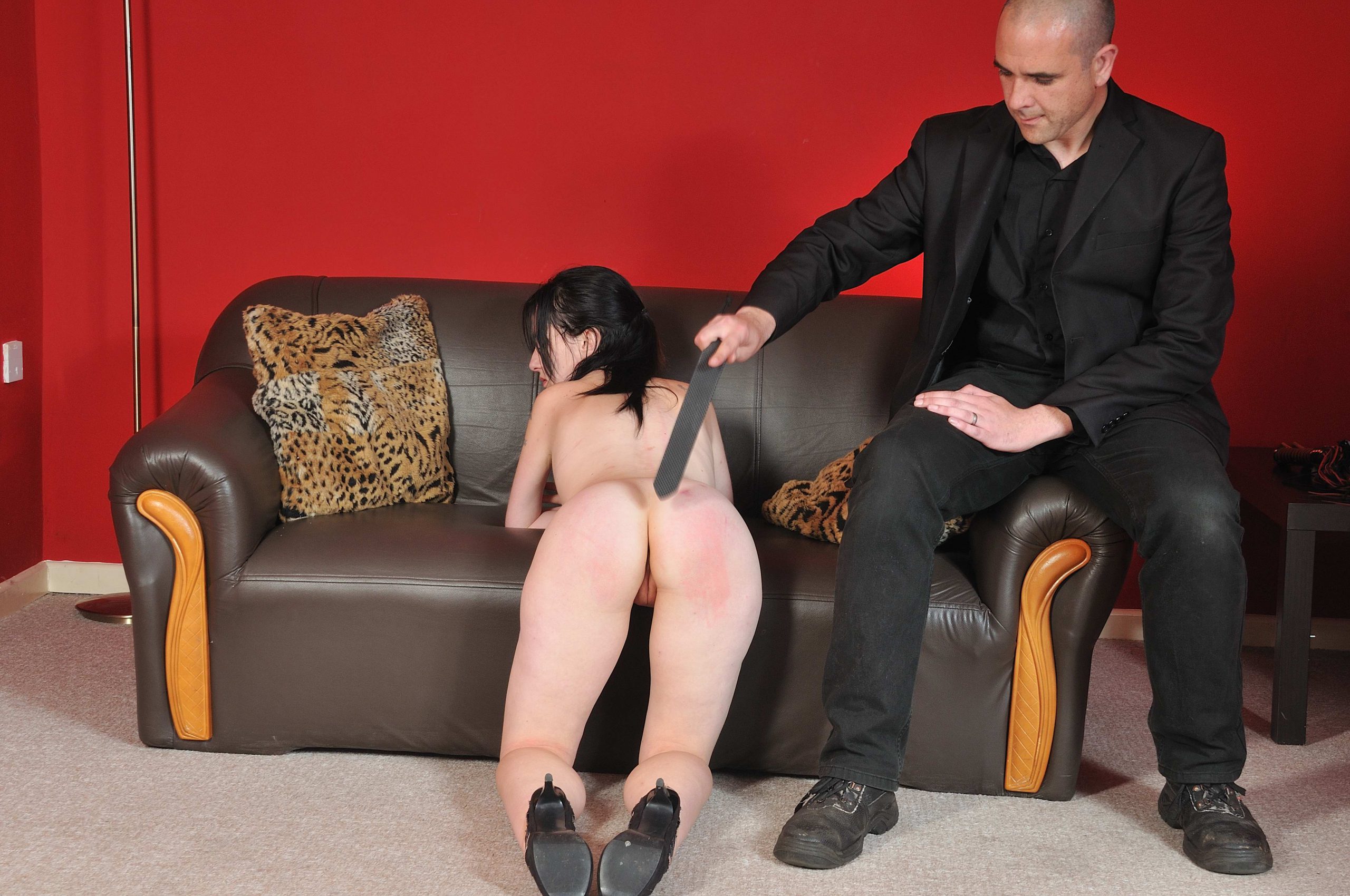 After Lucy had finished speaking, Jade sat for several moments, incapable of making any comment. Lucy actually became quite concerned, but her mother eventually looked at her and peered deep inside her mind, as the two women often did to one another. Indeed, she was far from unsympathetic, since what Lucy was now telling her was something she had, herself, experienced in the aftermath of her little adventure at the end of her university career, when her increasingly frequent visits to her naval officer’s lap proved that Miss Walker was not always correct in her predictions. As it happened, that aspect of Jade’s relationship with her husband had bonded them so tightly together that she could not imagine living any other way. As for those who would have spoken of abuse, Jade would have told them, in no uncertain terms, that to deprive her of what she saw as an essential component in her relationship would have been a very real abuse. Nonetheless, the fact that Lucy had never experienced anything of the kind, at any time in her life, left her concerned. She was far from confident that Mr. Wilkinson would even give the idea time to lodge in his mind before dismissing it out of hand, but she did know that Lucy was not flighty and that if this was what was dominating her thoughts, it was best to deal with it and then see how the experience left her. Reluctantly, Jade was also having to come to terms with the idea that she, herself, was going to have to become involved directly with Lucy at this level if the whole thing were to proceed safely and to her daughter’s real benefit. The two women talked for a long time and Jade spoke with complete candour about the disciplinary aspect of her relationship with Lucy’s father. At first, this had surprised the younger woman, yet there was no denying that she had never seen either of her parents look at any other person with so much as a hint of desire in their eyes and that the two of them had been utterly devoted to one another. Obviously, what so many people berated as abuse had done nothing but good for her parents, whose closeness was often far more genuine and solid than that seen in the relationships between the parents of her friends.

After having unwillingly agreed to assist Lucy in her plans, Jade was then faced with the difficult subject of Lucy’s unpreparedness for what she was proposing and so she finally plucked up the courage to advise her daughter at least to experience – in safety – something of what it involved before implicating an outside party in her plans.

Jade was quite surprised at how readily Lucy had agreed to this and thus it was that the two women headed out of the kitchen and up the stairs to Lucy’s bedroom. Jade took her daughter’s hands in her own and looked one last time into her eyes, before confirming that Lucy was absolutely certain that this was what she wanted to do.

On the last day of term, Jade drove to Lucy’s university, parked the car in an extremely full car park, and, having found her daughter, was led across the hall to speak briefly to Mr. Wilkinson. The overall atmosphere at the university was a cocktail of the sweet and bitter flavors that characterize the ending of an era, the transition to a totally new stage in life, the ‘adieux’ as well as the expressions of ‘au revoir’ and the disappearance from the social sphere of some people who had been there virtually daily during term-time for up to twenty-five years.

The two women made their way through the milling crowds and finally made it to the object of their attention, who was just shaking hands with a grateful parent. He turned to look at Lucy and smiled confidently at her. He looked to Lucy’s side and extended a hand of greeting to Jade.

The brief exchanges were no less sincere for being polite and it was with a keen sense of optimism that the two women finally left Mr. Wilkinson’s company, in possession of his surprising acceptance of their invitation to dine with them on the day after the A-level results came out, two days after he was due back from a rambling holiday with friends in Canada.

As they sat in the car on their way home, neither woman could quite believe that they had cleared the first hurdle so easily. It was the next one that was going to prove really difficult.

Lucy could not believe her eyes when she looked at the notice board and saw her grades. There was absolute euphoria that she had achieved two A’s and a B in Chemistry, Maths and French, but the D in Physics was a bitter disappointment. She was furious with herself and wondered what could possibly have gone wrong after all the work she had put into her preparation, the quality of which had earned a great deal of encouragement from Mr. Wilkinson and other science adjunkts at the university. The grade did not affect the offer of a place at her chosen university and her academic future had been secured, but she still felt a great deal of indignation at herself for having blemished her academic record.

There had, indeed, been a dramatic mixture of exultation and deep distress at the university as dozens of university-leavers had come to terms with their immediate future prospects. As Jade and Lucy headed back home, the question was raised as to whether or not Lucy now wanted to proceed with her plans. After all, it need not affect the invitation to Mr. Wilkinson to join them on the following evening.

Jade was greatly re-assured … and reminded powerfully of her daughter’s strength of self-discipline …. when her enquiry met a very rapid and determined response:

The remainder of that day was spent in a generally happy atmosphere, yet that blemish kept niggling at Lucy and accompanied her up to her bed that night, where she wrestled with it in her mind until well into the morning. Eventually, however, she found her mind going back a few weeks, to when she had found herself across her mother’s lap and to the surprising effect of that encounter. Some of the outcomes she had expected, but the experience had raised as many questions as it had answered. Of one thing she was certain – if it worked with her mother, it would be unbelievable with Mr. Wilkinson. But how were they going to broach it? Lucy rolled over onto her stomach and rested her hands on her folded arms. She closed her eyes and felt her way around her body through her mind, focusing on the sensations each area was feeling. Gradually, she compiled a mental picture of her body and her last recollection before she fell asleep was of an image of herself stretched over the arm of the large sofa in the lounge, the fabric of her underwear pressing softly, comfortingly, to some extent in an almost stimulating manner, against her firm athletic buttocks. The thought of how they might be feeling in 24 hours’ time was only enough to delay the onset of sleep for a few delicious moments.

The following morning was an ordered scene of madness as preparations went ahead for the visit. Local suppliers were visited in turn and, after lunch, Jade’s culinary skills, aided and abetted by her daughter’s emerging talent, combined to produce a sumptuous dinner menu centred around a succulent beef Wellington. Jade went down to the cellar and returned with a bottle of 1996 Señorio de Amezola Rioja. She opened it, as she had learned from her late husband, and decanted it very, very slowly. Finally, after allowing herself one tantalising sniff at the bouquet of this superb red wine, she closed the doors to the dining room … with the table laid for three … and walked back into the lounge.

Just before six, Jade suddenly had a thought and smiled warmly to herself as she stretched back on the sofa. Lucy looked up and stared curiously at her mother.

“Oh come on, Mum, if it makes you smile that much it must be worth sharing””

Jade opened her eyes, took a sip of Dutch courage from her sherry glass and grinned at her daughter.

“Lucy, come with me, there’s something I want to show you.”

By this stage, Lucy had become extremely curious and did not hesitate for a second in following her mother out of the room, across the hall and up the stairs to the door of her parents’ bedroom.

“Just wait there for a second, Lucy, I’ll tell you when you can come in.”

Almost overcome with curiosity, Lucy nonetheless did as she was bidden and waited until, after muffled sounds of a cupboard door being opened and a suitcase being unlatched and then closed again, she was invited in. As she entered the room, her eyes were directed under her mother’s non-verbal guidance to the bed, where a grey pleated skirt, a white blouse, a green, gold and dark blue striped tie, a pair of white calf-length socks, a sports bra and a pair of navy blue knickers were laid out on the bed. Lucy smiled curiously and then it dawned on her….. there was something very special about what she was looking at. She turned to her mother who, reading Lucy’s mind, nodded smilingly.

” Yes, that is exactly what I was wearing on that day when I went to visit Miss Walker.”

The non-verbals continued in exchanged glances and Lucy moved slowly over to the bed and picked up the immaculate blouse and tie.

“Go on then, Lucy ” encouraged her mother.

Lucy slid her top over her shoulders and adjusted her hair, then unzipped her jeans and stepped out of them, leaving them in a heap on the floor. She reached behind and unclasped her bra, allowing it to slide casually down her arms onto the floor. Swiftly, she slipped her fingers into the sides of the waistband and slid her powder blue tanga briefs to her ankles, then kicked them onto her jeans, top and bra. She turned to the clothes laid out on the bed and, under the admiring gaze of a mother proud of the loveliness of her daughter, picked up the bra and tried to clasp it closed at the back.